Week 23 – Kriya for Working the Total Self

WEEK 23 – Working the Total Self

This set of exercises is a complete workout of the total self – we are connecting with our Life-Force and activating Self-Healing. The sequence opens up standing with long and deep breathwork. Then we move to our mats for some vigorous floor exercises. Overall, this includes seven standing poses, followed with nine active poses on your mat. We conclude with the two chanting exercises. First we sing the major Aeolian scale in the key of C with the harmonium which prepares you to sing fully for the closing chant, Gobinda, Gobinda, Haree Haree.

Remember – If you are on your Moon/Menstrual cycle no held breath, substitute with long and deep breathing.

CHANTS in this Kriya include:

Adi Mantra – I bow to the Creative Wisdom. I bow to the Divine Teacher within. This mantra is used to access the divine flow and self knowledge within each of us. We chant it three times. Once for ourselves, once for the people in your class and once for the greater world.

This helps raise the Kundalini energy and develop the chanting voice. This chant is traced back to the late 1600’s used for training sacred musicians to connect to the healing sound current. This Aeolian scale is the western scale which is most comfortable to our ear.

Sit up straight with hands in Gyan Mudra, thumb/ego and index/Jupiter fingers both touching. We sing this western sounding Major octave, traditionally sung on Do Re Mi Fa So La Ti Do. We will sing it with the Sanskrit Vowels which are open in the throat ascending and descending the C Major scale.

A powerful chant bringing prosperity and power. We roll the “r” once like a Spanish “r.” The same rolled “r” for Haree. These chants are ancient vibrational languages from Sanskrit or Gurmukhi. It is important to move your tongue and lips and make the sounds!

Long Time Sun – Closing song of all Kundalini Yoga classes worldwide.
May the long time sun
Shine upon you
All love surround you
And the pure light within you
Guide your way on

PRANAYAMA – BREATHING in this Kriya includes:

SONGS in this Kriya include: 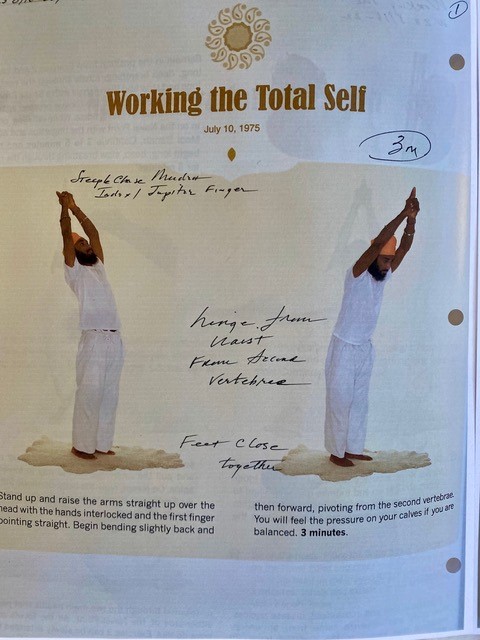 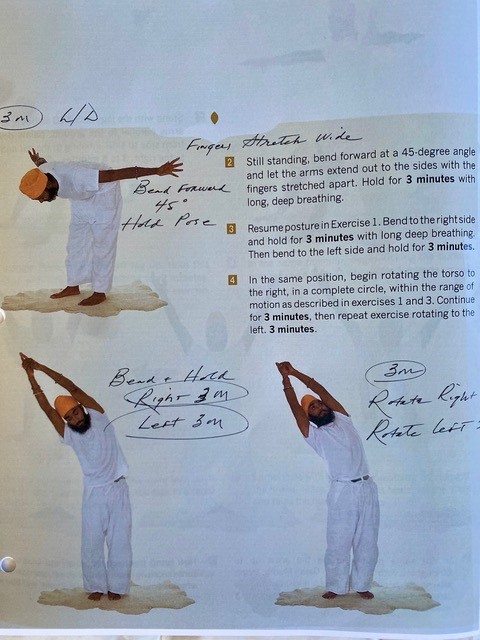 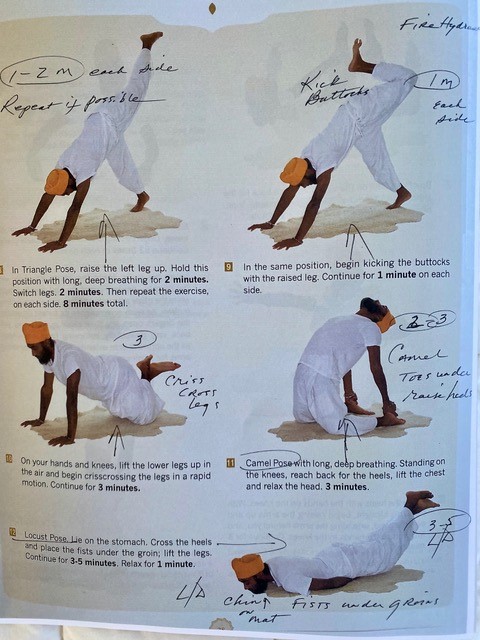 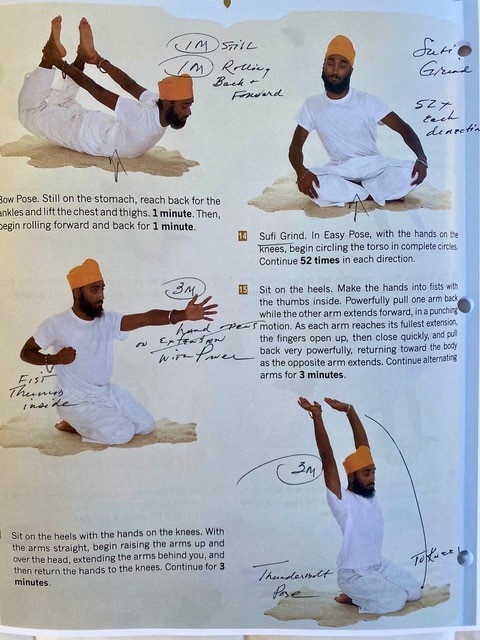 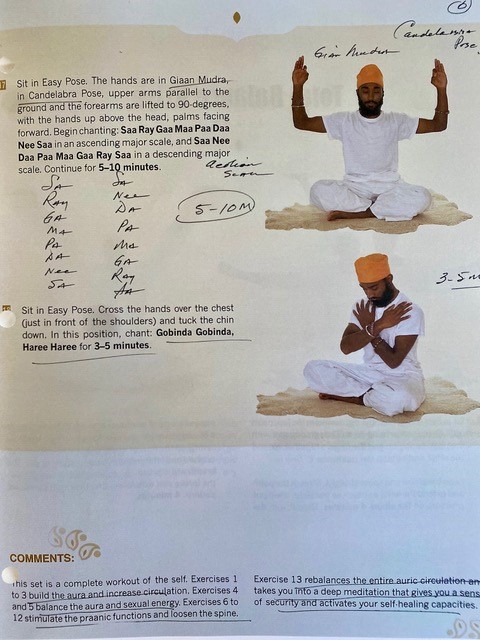 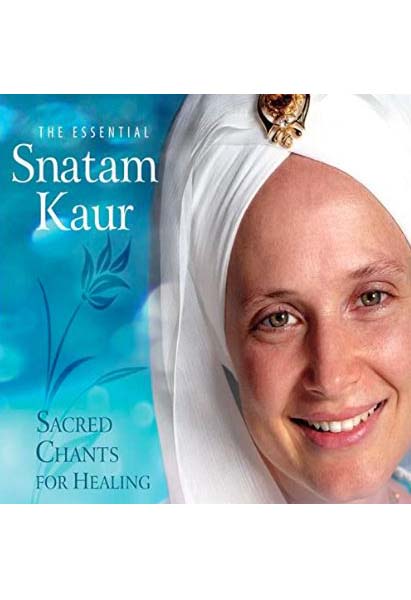 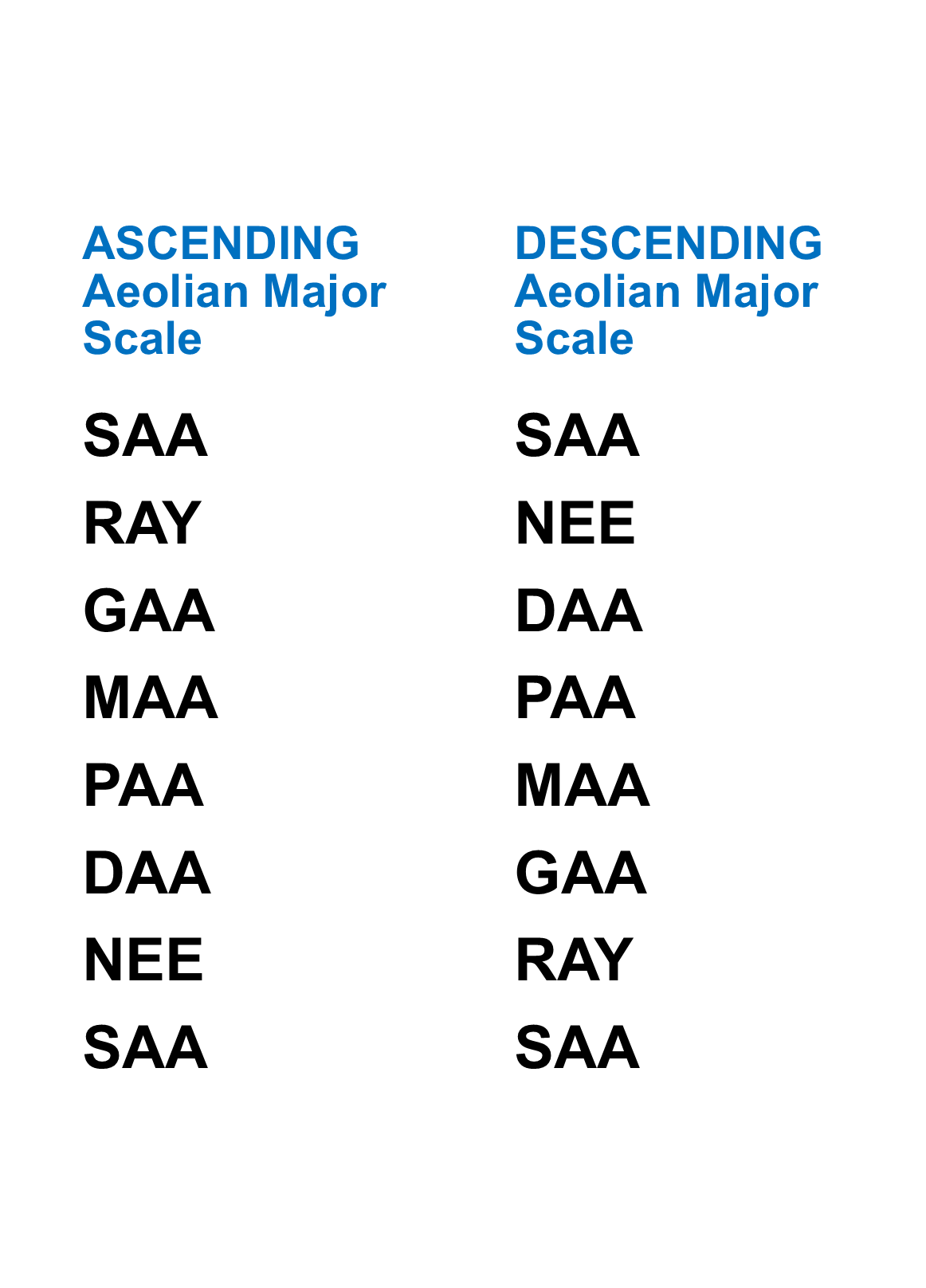