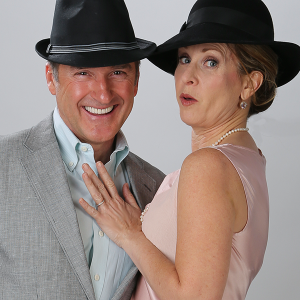 “Oh Those Gershwin Boys!” opened on June 2, 2013 at a benefit gala in Portland, OR. Fundraising shows are so much fun to develop! This revue features the incomparable music of composer, George Gershwin and brother, lyricist Ira Gershwin. the two have a collaborative history crossing all musical divides; from popular, classical and jazz to film scores. George and Ira were a dream-team, and the perfect pair around which to build a show. Add Kay Swift, composer, musicologist and George’s dear friend, to the mix and there is even more fun to be had.

The fact that this show has been devised to adapt to such a variety of performance spaces and musical accompaniment is exciting. We can perform this new Gershwin Fundraising Revue pretty much anywhere!

From Fundraising Galas to Music Festivals

After opening night, we hit the ground running with six official performances. In its first season, “Oh Those Gershwin Boys!” raised funds for several worthy causes, through posh fundraising benefits, music festivals and artist showcase events. The show is suited to such a variety of performance spaces, from the Kridel Grand Ballroom at the Portland Art Museum, to the legendary Jimmy Mak’s in Portland, Oregon, and the Agnes Flanagan Chapel at beautiful Lewis and Clark College. The musical arrangements adapt beautifully as well from small trio to full symphony orchestra!

The Seed is Planted for a New Fundraising Revue

Jack Moore, show builder extraordinaire, has crafted this story of George Gershwin’s remarkable life, as told through the eyes of his older brother, Ira and companion Kay Swift. It is a companion piece to our popular revue “A Party with Betty Comden and Adolph Green!”

It is a joyous romp through a musical history, highlighting the Gershwin Boy’s most popular films and musicals; including their first collaborative Broadway show in 1924. The Gershwin brothers wrote 22 shows and movies, at the pace of about two per year, as well as additional songs for revues and other occasions.  Their last collaborative effort was the Great American Song Book standard, “Love Is Here to Stay” – A true classic that speaks so well to the enduring quality of their music and lyrics.

Rocky Returns to His Performance Roots 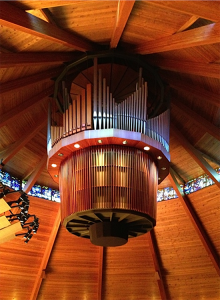 One of the highlights within the initial performances of “Oh, Those Gershwin Boys!” had to be my return to the stage at the Agnes Flanagan Chapel at my Alma Mater, Lewis and Clark. After four decades, coming back to the space where I sung all those years ago, was a magical experience and it seemed as though I was twenty one again! To think that all of it started HERE and has come so far… in a blink… and a lifetime. It is humbling!

The Lewis & Clark Chronicle wrote such a wonderful piece about the show and and my fundraising efforts to date. It’s so heartening to think that I am nearly half way to my goal of $1million.

With so many wonderful shows from which to choose, and so may ways in which the shows can be tailored for a fundraising event, I may need to revise my goal upward!