Home » Broadway & Film » Opera to Broadway – The Rest of the Story

Opera to Broadway – The Rest of the Story 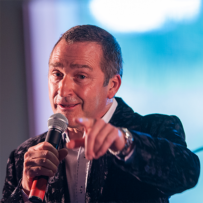 A few musings about the “Opera House and Concert Hall to Broadway… The composers and lyricists who did it all!” Seems as though with each show there is a story behind the scenes. I look at these photos taken by Bob Gibson and remember how tired I was at the time of this performance at the Artist’s Showcase at the Siletz Bay Music Festival.

I opened this concert for legendary American jazz pianist, Dick Hyman. With a career spanning over a 50 years, Dick has demonstrated his incredible versatility as a pianist, arranger, music director, and composer. He has recorded over 100 albums and been a part of countless others; working his magic on recordings to numerous to count.

Leading Up to the Artist’s Showcase Concert

My partner Rich, had brain surgery on June 9th. After his surgery, I pretty much lived at the hospital at OHSU (Oregon Health and Science University) in Portland Oregon until he was ready to be moved to the Mirabella rehab facility. At that point I drove directly to the coast to sing this concert. It had not even been two weeks and I was… Well, let’s just say that I’ve had better days!

While the music revived me, I certainly looked much older than my years! And the crushed velvet jacket… NOT the thing to be wearing under the lights in that room. For June, it was surprisingly… Hot!

I had a fantastic trio from Portland that day – Thank Goodness!  Rick Modlin on Piano, Dave Captein on bass and Brett Paschal on drums. Some familiar faces and especially talented musicians.

This was a concert highlighting the absolute best of the composers and lyricists captivating musical theatre, the concert hall and opera houses throughout the years. Talk about your Triple Threat!

We began with Gershwin’s Porgy and Bess, worked through the 30’s and 40’s and concluded with the 1957 Leonard Bernstein/Stephen Sondheim’s hit West Side Story.  The concert covers over 40 years of compositions by an illustrious few, the composers and lyricists who composed for all three-performance venues.  It is a rarefied club!

Musically, it is one of the most challenging shows I have in my repertoire. It balances well-known songs with gems that are more obscure.  For instance, with composer Kurt Weill, his most well known ballad may be “September Song.” Jack Moore, a good friend from Palm Springs, CA and the man who devised and directed the show, switched things up a bit and instead, used what was the intended hit from Knickerbocker Holiday, the lovely ballad, “It Never Was Anywhere You.”

Have you seen the Opera to Broadway Show Page? By all means, check it out! The legendary Dick Hyman was in rare form that day and we had a wonderful time.

Photo Credit – A big thank you to Bob Gibson for capturing the day!