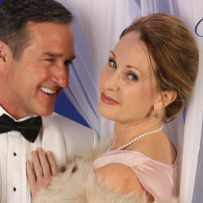 Siletz Bay Music Festival’s Winterfest 2016 is the kick-off to the Oregon Coast social season and a wonderful evening of entertainment and fundraising in support of musician expenses for the Summer Music Festival. If you have been to the festival, you already know about the phenomenal talent bound to grace the stage. And if you are new to the area and have a soft spot for all things music, you are in for a real treat!

The Siletz Bay Music Festival brings world-class music performances and education to the Central Oregon Coast each year as part of it’s annual summer program. Winterfest is an integral part of launching that program every year. On February 20, 2016, Winterfest lifts the curtain at 5:30pm and features the music of Irving Berlin and the Gershwin Brothers – performed by Susannah Mars (soprano extraordinaire), yours truly (Rocky Blumhagen) and Rick Modlin at the piano. The inspired menu, silent auction items and live auction show-stoppers round out an evening generosity and joy. Tickets are $95. Tables for 8 are $700. Additional ticket information below.

What to Expect at the Siletz Bay Music Festival

As a native Oregonian and part-time resident of Gleneden Beach since 1994, during the festival, you are likely to find me performing in the Artist Showcase & Fundraiser. In 2015, however, while I was invited on stage for an impromptu number with Dick Hyman and Ken Peplowski, I opted for more of a production role; lending technical and stage support behind the scenes. Last year, the festival featured a wonderful roster of acclaimed musicians:

If you can imagine, 2016 is shaping up to be even more spectacular! With a clear dedication to their mission, every year at the Silez Bay Music Festival raises the bar and, as  the steward of the Studio to Schools grant, sees to it that music lives as a vibrant and integral part of the Lincoln City Schools. It is worth noting that while the Siletz Bay Music Festival does not benefit financially from this grant, the partnership has afforded all children and families in Lincoln City a rarefied, up-close and personal experience with many of the world’s best musicians. To learn about the Siletz Bay Music Festival is to understand the heart-centered contribution it makes to the community and more ways than mere words can say.

As has been our good fortune for the past several summers, many of the performances this year will be under the brilliant direction of Maestro Yaacov Bergman – Artistic Director and Conductor of the Festival. In addition to his dedication to the festival, Maestro Bergman lends his particular genius and passion to the Walla Walla Symphony and the Portland Chamber Orchestra, as Music Director. He is also the former Music Director of the Colorado Springs Symphony, the New York Heritage Chamber Orchestra, and the 92nd St. Y Symphonic Workshop Orchestra in New York City. Maestro Bergman has a lifelong career and international reach. He has conducted the world over – from  Japan to Austria, Canada to Denmark and Israel to the United States. The Sizetz Bay Music Festival, local music-lovers and area schools are so incredibly fortunate to have Maestro Bergman as part of the community.

You are Invited to Winterfest 2016

I’d love for you to join me at Winterfest 2016! Please consider this as my PERSONAL invitation to you. Winterfest is the perfect way to get to know the people at the heart of this festival, enjoy time with others who share your passion for music and the arts, and support this deeply community-centered festival at its core.

Tickets are $95. Tables for 8 are $700. Friends and neighbors welcome!
All proceeds will help fund musician expenses for the Summer Music Festival.
For tickets, please be in touch via the website: SiletzBayMusic.org
Or call  541-992-1131 for more information.

Visit the Siletz Bay Music Festival on Facebook for ongoing information about the festival.