My Way – A Musical Tribute to Frank Sinatra 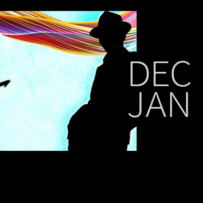 Frank Sinatra had a milestone birthday recently – he would have been 100 years old. This wonderful production is a celebration of the life and music of one of our most enduring vocal legends. I invite you all to join me at Cinnabar Theater, in North Petaluma, CA, to celebrate the music of the man many call the greatest pop vocalist of the 20th Century.

“His songs will never sound old-fashioned. He always sang quality songs . . . no matter what year they’d be played in, they would never sound out of date.”   − Tony Bennett

My Way – A Musical Tribute to Frank Sinatra is a delightful show that includes some of Sinatra’s best and most beloved songs. The show was created by David Grapes and Todd Olson – César Cancino is our Musical Director. Now that it is all official, the cast includes:

Prices reflect advanced and at the door tickets. Tickets are sure to Sell Out – Book yours soon.

Traveling to see the show?
Consider making it a Holiday Getaway!
Make a weekend out of it and take in all the area has to offer. I’ve pulled together some suggestions for local hotels, restaurants, and things to do while you’re in town! Click Here

Now you know what I’ll be up to on New Year’s Eve this year! Seems so far off at this point, however, it will be here before we know it! You too can Ring in the New Year with this exciting tribute to Frank Sinatra! Consider this to be your personal invitation to join me for a great night of marvelous music, hand-crafted specialty desserts and cocktails, champagne, and party favors at midnight! A grand time will be had by all – especially if YOU are there! They tell me that New Year’s eve always sells out! It’s a Cinnabar tradition not to be missed! 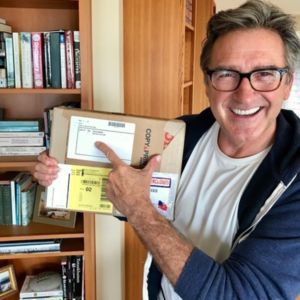 That first step, seeing the score and beginning that arduous, I mean “fun,” process of memory work is always a rush!

It was thrilling and happy coincidence to learn that Mark Robinson, aka Man #2, lives just block away from me here the city! Carolyn and Desiree are also in the area. I’m sure well be seeing each other in short order. Should make rehearsals a breeze! Learning a new show, working with talented artists, and diving into exciting adventures like this is what life’s all about.

Folks Who Make the Magic Happen

A special note of appreciation for all the people working to bring this wonderful production to life. To work with such a talented cast, band, staff, and crew is always a pleasure. And to see familiar faces like that of Music Director, César Cancino again – makes things all the more special. He played my Cole Porter show once and is fabulous!

According to its Wikipedia page, “The Cinnabar Theater, located in Petaluma, California, is a professional non-profit theater producing opera and musical theatre, drama and a chamber music series in a 120-seat venue, under the auspices of the Cinnabar Arts Corporation. The venue is also home to the Young Repertory Theater (founded in 1983), the longest running and largest youth performing arts program in Sonoma County.”

Cinnabar’s mission is to present a wide range of theatrical, musical, and operatic works that are relevant to contemporary life – challenging to audiences and artists alike. Cinnabar has created an environment that fosters the experimentation and exploration needed to produce high-quality performances. They focus on productions that can be enjoyed for their technique and artistry, as well as their connection to life and living. In addition, Cinnabar is committed to training young people in the performing arts. To draw lasting and meaningful connections between the arts and one’s daily life is at the heart of all they do. I am thrilled to have the experience of doing a show in this generative space.

I look forward to seeing you here in December & January!