Posted on May 10, 2019 in Benefit and Fundraising Entertainment, Broadway & Film, Featured, Harry Warren 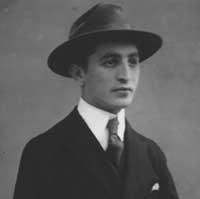 Salvatore Antonio Guaragna, who would become known as Harry Warren, was born to Italian immigrant parents on Christmas Eve 1893. As the eleventh of twelve children he distinguished himself as a musician at an early age. Self-taught and able to play several instruments, at the age of 15 he took his accordion and piano proficiency, left school, and took his first job with the John Victor Brass Band as their… DRUMMER!

Before serving in the US Navy during World War I, Warren toured with carnival shows and worked as a stagehand for a vaudeville theater. Then, at the Vitagraph Studios, he was hired as a property man, running props as a member of the stage crew, and as off-stage piano player. Soon after, he worked as staff pianist and “song plugger” for Stark and Cowan, a New York music-publishing house started in 1920.

Warren Shuffles Off to Wild Success

In 1933, he was hired to work with Al Dubin on Warner Brothers’ “42nd Street,” resulting in his move to Hollywood that same year. “42nd Street,” choreographed by Busby Berkeley, would go on to become the first blockbuster film musical and the Warren/Berkeley collaborative partnership would last for years. Do you remember any of the memorable numbers from this film? “Shuffle Off to Buffalo” and “You’re Getting to Be a Habit with Me” are two that spring to mind.

Warren’s film partnership with Al Dubin, yielded several famous titles: “We’re in the Money,” “I Only Have Eyes for You,” “Lullaby of Broadway,” “Lulu’s Back in Town,” and “September in the Rain.” And you may remember that “Lullaby of Broadway” from Gold Diggers, was his first Oscar win in 1958. If not, you know now!

Throughout the 1930s his most notable work was with Johnny Mercer and included “Jeepers Creepers” and “You Must Have Been a Beautiful Baby.” Two numbers I love, and at one of them has definitely made the cut for my show. Can you guess which one? 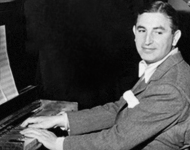 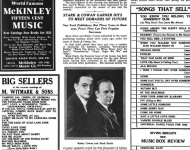 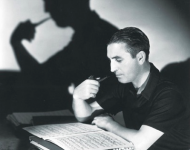 And the Film Hits Keep on Coming!

In the 1940’s Harry Warren went on to 20th Century Fox. During his time there, he and Mack Gordon, wrote some of their best-known songs, including “Chattanooga Choo Choo,” (winner of the first Gold Record in history) and “The More I See You.”

From there, he moved on to MGM, where he worked from 1945-1952. In 1947, he won an Oscar in collaboration with Johnny Mercer. I am SURE you know their acclaimed toe-tapper, “On the Atchison, Topeka and the Santa Fe,” from The Harvey Girls.

Ultimately, Warren was nominated eleven times by the Academy Award for Best Song. He won three Oscars for composing “Lullaby of Broadway,” “You’ll Never Know,” and “On the Atchison, Topeka and the Santa Fe.” 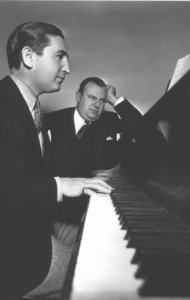 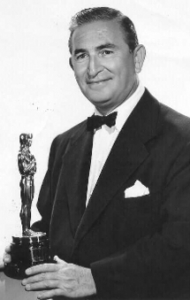 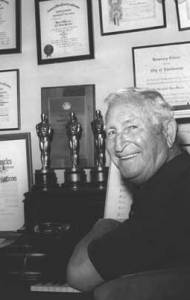 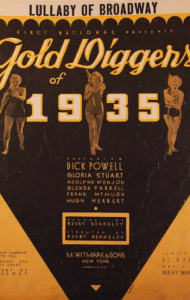 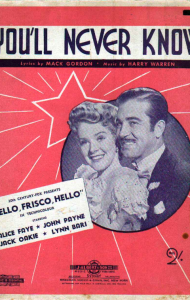 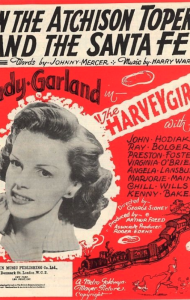 In the 1950s it was on to Paramount. There he wrote, “That’s Amore.” Though this was his last big, popular hit, throughout the 50s, he wrote scores for dramatic movies, including Separate Tables and the namesake for my upcoming Harry Warren tribute: “An Affair to Remember.”

Warren was elected into the Songwriters Hall of Fame on his 80th birthday and died in Los Angeles, on September 22, 1981 at the age of 87. 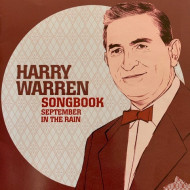 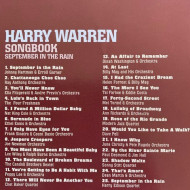 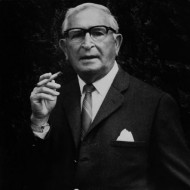 In Tribute to the Prolific Magic of Harry Warren

Harry Warren has been such a significant figure in the American musical film industry. His work has stood the test of time and lives today in fond memories of so many. Warren’s songs speak to our heart and tickle our funny bone. Whether pensive, visceral and rhythmic, or downright whimsical, they are always a delight on the ears. It’s because of this, that I became enthralled by the thought of a show that would joyfully celebrate his work.

The show, “An Affair to Remember,” was first conceived as the musical entertainment for a 2019 benefit in support of the at the Lincoln City Cultural Center in Lincoln City, OR. LCCC raises money in support of art and culture in the local, Lincoln City community. Want to know more about that event? Simply click here! 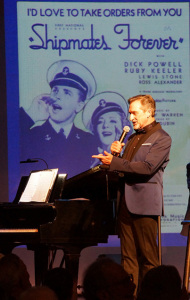 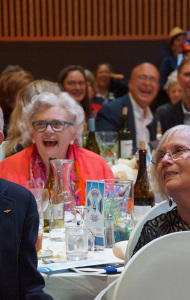 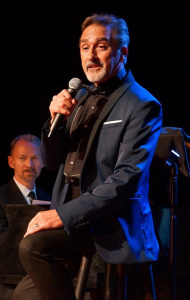 Click here to visit the “An Affair to Remember” show page for details.

Fundraising Entertainment for Your Consideration

Wonder what other shows you Rocky has for your event? Feel free to explore a few…

An Elegant Afternoon with Cole Porter

“A Party with Betty Comden and Adolph Green”

Want to bring one of these wonderful shows to your next fundraising event? Please be in touch.

Photographs used in this post were compiled from various online sources. We believe in the proper attribution of material, and wherever we can, we do so. If you are the copyright holder of any photo on this page and would it to be removed or credited in a particular way, we would love to hear from you! Please be in touch.